WOTY2.0: Rising to the Occasion

I have no idea what day it is.  Thursday?  I think it’s Thursday.  Someone once told me (probably my Mom…she did end up being right after all) that the older you get, the faster the days go by.  And the weeks.  And the years.

What she didn’t tell me is that, when you are in the middle of something which you are incredibly passionate about, you wake up on a Monday morning and ta-da!  You blink and it’s Friday night.  Sleep has been taking a back seat, coffee is riding shotgun, and somehow I’m managing to fit more words into the course of my days than ever before.

Yep, this thing is a miracle indeed.

We are in Week 2 of campaigning and the view from my new vantage point is pretty wondrous.  The five candidates involved in this year’s effort are amazing.  And yes, believe me, I am totally aware of all the clichés, stereotypes, and whatever other subsequent blabbety-blabs ensue after making a statement like that.

Except, they ARE amazing and they are doing incredible things together.  The trick when you’re going after a goal is tuning out all the ancillary noise, because in the end, it’s insignificant.  What’s the saying, haters gonna hate?  Let ’em is what I say.

Here’s why.  In addition to a myriad of reasons, meet one of the most important ones, Caleb: 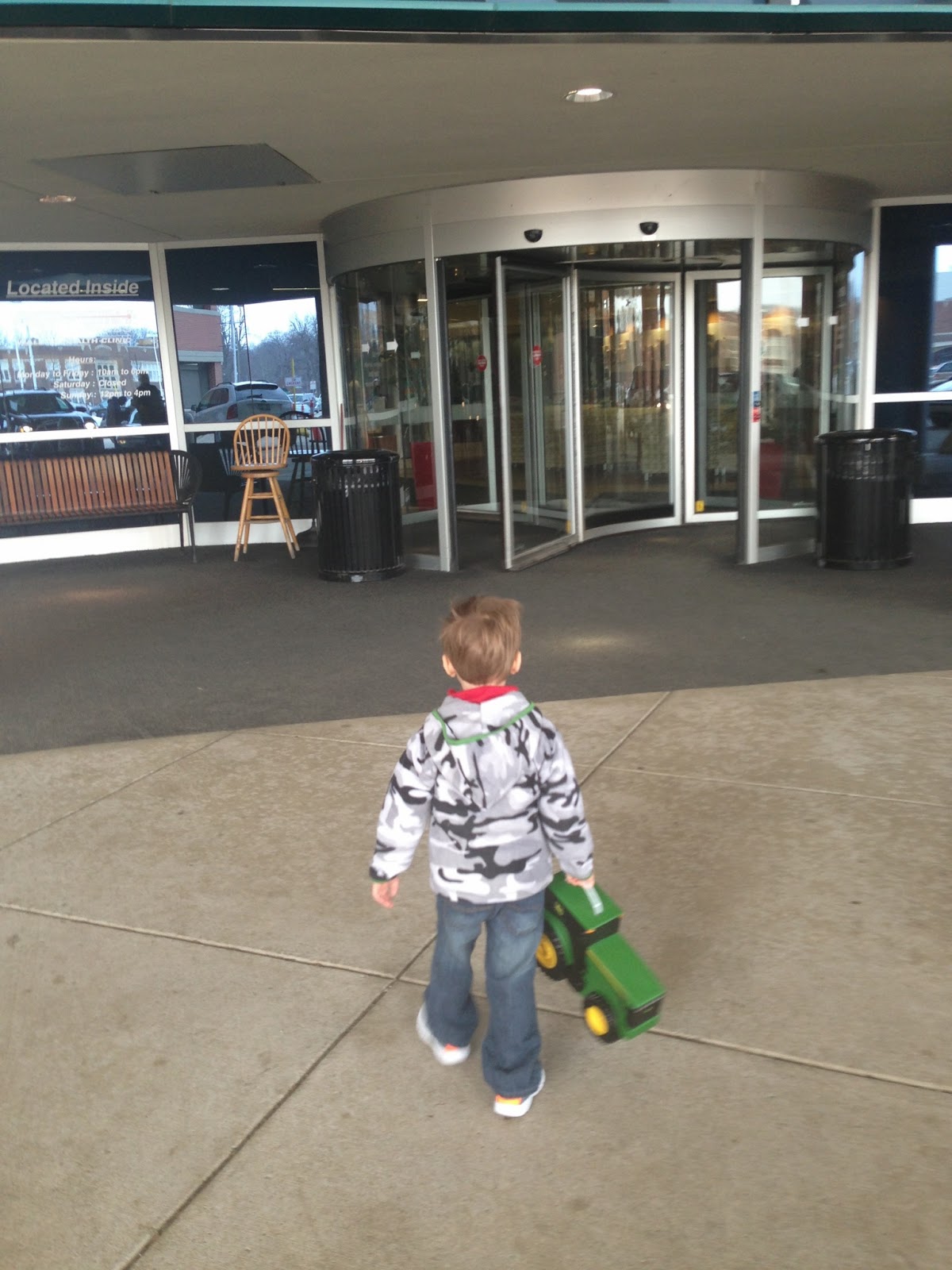 Caleb is this year’s Boy of the Year.  This photo was taken last Thursday, one day after the Campaign Kick-Off, as he’s walking into the hospital for treatment.  In his hand, he holds a John Deere tractor which Mel picked out for him and we gave him at the kick-off party.  Gianna received an art set; drawing is one of her passions.  I know nothing about farming or drawing.  Ask me to draw an ear of corn and the phrase “starving artist”  is suddenly redefined.

But I do know something about passions.  We all have them scattered within us; sometimes they are realized, sometimes not.  For the next nine weeks, this year’s Fort Wayne contingent is doing all they can to ensure Caleb, Gianna, and multitudes of other cancer patients will have the chance to seek, find, and pursue theirs to the fullest.

My friend and WOTY candidate, Olivia, goes to work every day and carries out her passion for teaching teenagers.  Yesterday, I received a text from her that simply said, “Look at this.” That’s all she had to say; I could feel her emotion through the phone.

Here is what I saw: An anonymous envelope.  Filled with two-fold inspiration.  Was it from a parent?  An admin?  A fellow teacher?  Olivia has no idea, nor does anyone else, hence its anonymity.

I choose to think it’s from a student.  Maybe even a girl who is struggling to find her way, her meaning, her purpose, her value, her worth, or her own identity.  One who, despite her constant efforts at trying to please others in an ongoing quest for self-acceptance, has a deep-seated love for the human race.  And she wants to help.

Or maybe that student is a boy who is struggling to find his way and his own set of values much like his female peer, but he doesn’t want to seem uncool by quoting a Golden Age of Freethought orator.  (Note to teenage girls everywhere: go out with the guy who does…TRUST me.)

But isn’t this what it’s all about?  Coming together as a united front to be motivated by others with whom we live our daily lives for the greater good?  To make a difference?  To read things like:

“We rise by lifting others… Thank you for all that you do – it matters.”

We may never know who donated to the collective cause, nor do we need to.  We need only remember that in this world, every life matters.  And it’s our job, our duty, and our honor to keep going…to fight the good fight on behalf of those who are struggling…to pay it forward, and most certainly…to give others a lift.