We Have a Quorum

I had lunch today with couple friends of mine at a Mexican restaurant.  That woman could eat Mexican food 21 times a week and never get sick of it.  I already feel nauseous.  Too much cheese and it’s rare I ever say those words.

So this couple has been married for oh…4 years maybe?  They were each married once or twice before and are totally in love.  It’s sickening cute.  Finishing each other’s sentences and stuff.  Eye contact, she throws her head back when he makes her laugh, light touches on the arm, whatever.  I have no idea why I tolerate it.

Wait.  Yes, I do.  They are fantastic friends.  He was (is) a customer of mine and, after getting to know me, insisted I meet his wife.  So thankful I did because she and I laugh like crazy (well, mostly she laughs at me with my sagas but more on that in a minute).  Additionally, she has a shoe problem.  Far be it for me to “fix” anything with a fairly new friend – I kind of suck at that anyway – so I allow her to buy many more pairs of shoes than her feet could ever possibly feel like wearing.  Oh, and I got her into running.  She’s officially hooked and participating in the Indy Mini next weekend.  Wish I could go!  Next year.

It’s been a while since we’ve all seen each other.  Work, kids, and life have been getting in the scheduling way.  So we carved out 90 minutes to slam some chips, salsa, and cheese together.

I totally know what they mean every time they ask this.  They want to know about any miserable dates I’ve been on recently.  For several months I’ve had zero stories for them, so their vicarious nosey little lives have been dull.  However, today I didn’t disappoint.

You won’t believe it, so let’s just have a beer, shall we?

I tried.  I tried to avoid the whole recap of what was perhaps, the most ridiculous way I’ve spent a Friday night since 1989.  But alas, they know me too well.  They know I cannot keep funny stories inside for long since my hands want to move along with my speech at a hundred miles an hour as I recount the festivities.

Short version:  a friend of “friends” who non-psychotically asked if I would be so kind as to tag along and attend a “quick Birthday cocktail party,” then we’d meet up with our mutual friends shortly thereafter.  Wasn’t so much that.  More like a dinner with people I wouldn’t normally hang out with.  Sitting next to a guy that I wouldn’t normally hang out with, and don’t want to ever again.

Fine if the story ends there.  There were some highlight film comments which I skipped because I’ve worked hard this past week to cause permanent amnesia.  But the story continues because Mr. Get A. Clue hasn’t left me alone all week.  Message after message after message.  Today was the first day of silent bliss.  TGIF.

Additionally, he even sent messages to our mutual friends asking “what’s wrong with Beth?”  Funny.  In my earlier dating career, I may have asked the same question.  He’s apparently a little shocked that I’m not interested because “most women are.”  I’m not most women. 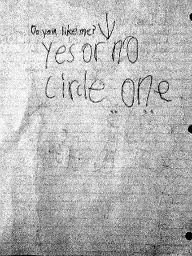 This woman is learning from her mistakes.

(Aside:  Some things I’m just a little slower at than others.  And as long as I am not one second slower than 3:40 in Cleveland, I promise not to dwell on the fact it has taken me roughly 40 years to (almost) figure out the other.)