What a whirlwind the last two days have been.  You may recall I am not a roller coaster fan.  Once, someone tried to use a Cedar Point pickup line which was met (after the “oops, I do an ill-timed laughing thing”) with immediate disdain at the thought of being inside an amusement park.  It’s pretty much repulsive to me.

And yet, the ups and downs of the last two days have Deloreaned me back to The Magnum, The Beast, and even a thousand times on The Cheetah Chase at Busch Gardens.  Hey, I may hate amusement parks, but I’ve always adored being a mother.

From the 50 degrees yesterday to the school closing/work from home day today; from the “ugh I feel like I just got punched in the gut” yesterday to the “man, this is unbelievably awesome!” today; to the “I’m digging my hair” yesterday to the “where is a hair twisty and a paper bag?” today…what an absolute up and down, corkscrew of a ride it has been.  All in under 48 hours.

The alarm went off at 4:10am yesterday, as per usual.  Evan had a packed house and for some reason, that equals the equivalent of my Italian grandmother’s hot, tiny, aroma-filled kitchen with about 20 of us interrupting each other while 40 hands are a flailin’.  Since no one can get a word in edgewise, people somehow think that by raising their voice someone will have to hear whatever the hell they are saying.  Uh, no.  Not so much.  By the time I realized how nutty it was inside of Absolute Results yesterday (Hey Beth, did you get 20 in when I saw you, Saturday?  Oye, Steven, WHERE are you going tonight?  Hey, I won’t be here Thursday, going to Florida.  Hey look!  A bird!  How many reps?  OMG, Steve, are you new?  He said 15 of each! [that was my contribution to the chaos]), all I could do was smile and keep throwing punches with 10 pound weights in my hands.  I don’t think EvanHitler can keep time, by the way.

I met a good friend for lunch yesterday and it was a long conversation.  Mostly because by the time I arrived, I looked like Alice Cooper.  Ugh.  So much for the good hair day.  But here’s the thing: instead of crying on the way up the coaster, I finally had the cry I needed to have on the way down.  That one final…I’m off this thing cry.  The realization that I went on it even though I was afraid to, I rode it at warp speed, and now the ride has come to a complete and final stop.  I sat in my car in the parking lot of the restaurant before walking in, just sitting, staring, kind of waiting to raise the lap belt and step back onto solid ground.  Once I mustered enough composure to grab the door handle, even though my stomach was still in knots, out I went.  Back into the world of I’m only riding the old-fashioned cars from now on.

(And only with girlfriends.  Or a chauffeur if he calls me “Miss Daisy” / “Your Excellency”).

After lunch, I arrived at the high school for a two-fold reason:  I filmed a video for the LLS campaign which kicks off next week, and I had an appointment with Liv’s guidance counselor.  Apparently there is a big change for the incoming 2015 Seniors.  And also apparently it is espionage-punishable if any of these kids even hint about its composition to their parents.

I’ve met her counselor exactly one other time (note:  Liv, this is your THIRD year in High School, so see?  I’m not totally up in yo grill.).  He was thoroughly prepared in anticipation of my questions surrounding the whole what the heck is dual credit vs. college credit vs. what transfers vs. does she qualify vs. does she even TALK to you about this stuff? that just as I began to be impressed by his preparedness and settle in, it was an immediate wow.  Just wow.

There was so much to navigate and dissect and understand and yet, I knew from both his face and the screen staring back at me that Liv had it all under control.  I sat down, breathed a sigh of relief, started to smile and yep… cried.

Man I am in so much trouble at graduation.  There’s no way.  I suppose I’ll just have to start banging to “Poison” or the apropos “School’s Out” instead of Pomp and Circumstance.  Criminy.

As he started to explain how Liv is right on track with her credit hours, her course selections, her GPA, her application to go through a local college starting in August whereby she will be there 1/2 a day 3 days a week and whatever else he was saying…I trailed off.  I mean, his voice trailed off because I stopped listening.  Instead, all I heard was her little giggle as I pictured her flying high in the baby swing I used to hand crank and send her into the high heavens until dinner was ready.

Now, she’s flying on her own.

After the long, reflective walk back into my office late afternoon yesterday, I sat down and began to answer emails.  In felicitous irony, this one greeted my no-longer-bifocal-wearing eyes first: 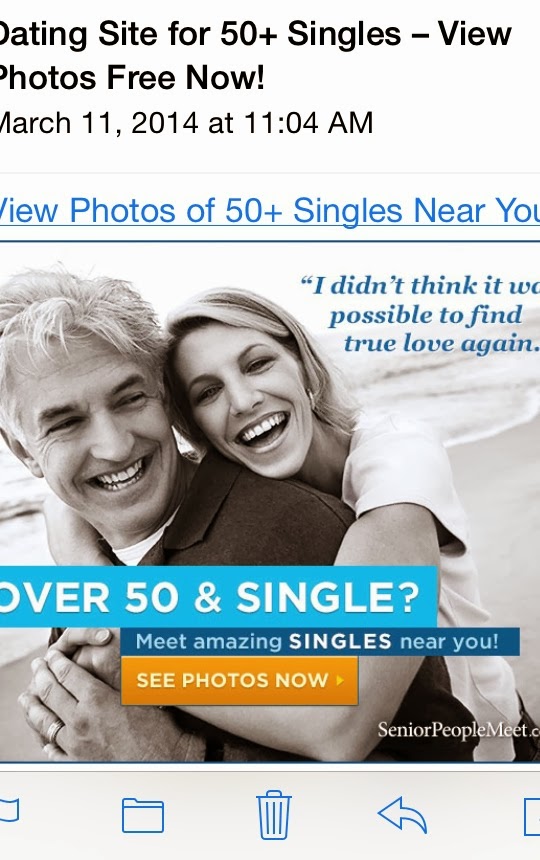 I have funny friends.  I am unsubscribed, for at least another 9 1/2 years, you jerks.