It’s Never Too Late to Overcome 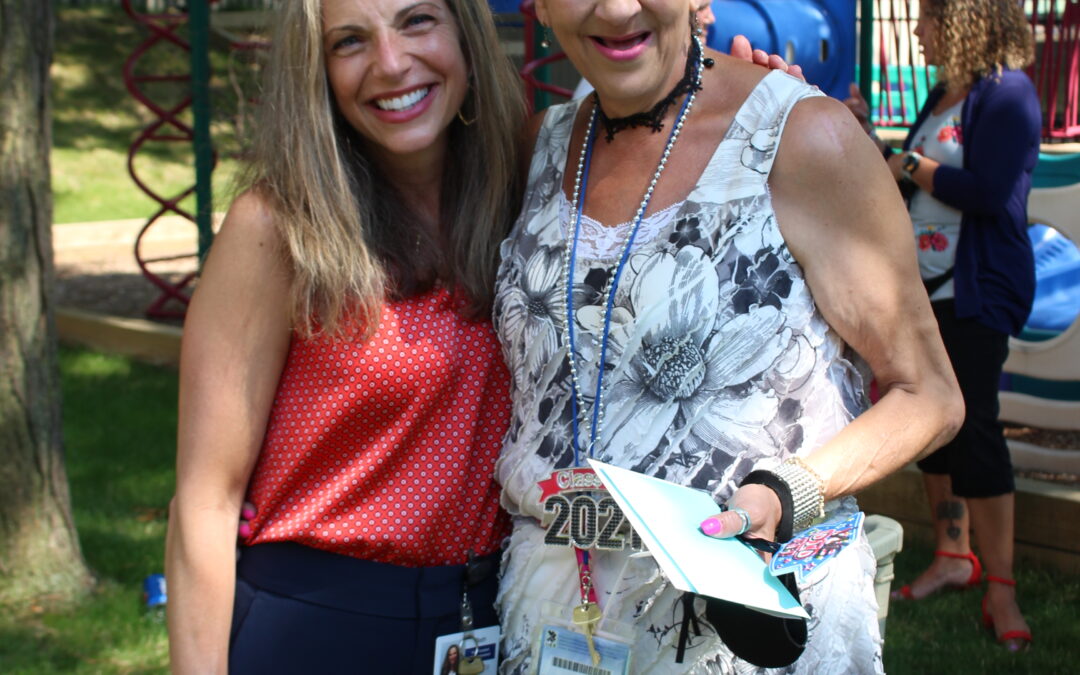 I have the privilege of interviewing guests at the mission regularly. Understandably, not everyone who comes through a journey of homelessness wants to share their story. Not everyone is ready. Not everyone is an extroverted proponent of public consumption. You know, not everyone is not the same insofar as how they are wired. Yet, make no mistake, everyone is the same when it comes to mattering, value and worth. Everyone deserves to be loved unconditionally and relieved of their past burdens and choices. And thank God – we are.

Nilsa never wanted children until she met her son’s father. Patrick is now 28; Nilsa is 56.

Born and raised in New York City, her family relocated to the Bronx, but ended up in Harlem—“In East Harlem on one hundred and eight and Madison in the projects,” Nilsa said. She and her younger sister lived with their parents until she turned five years old. That is when Nilsa’s mom and dad divorced.

“I remember President Kennedy dying,” she said. “I was a little girl and in kindergarten when he was shot, and I went right to my Mom. We were always so close. I was always ‘Mommy’s little girl’.”

Nilsa and her sister went to live with their mother after their parents were divorced. “Our dad was gone, but he would come every other weekend and take us to the Bronx zoo. That was fun, but at some point I remember wondering why we were in a car crash every time we went somewhere with him.”

Nilsa found out later that her father was an alcoholic. Swearing she would never be like him yet surrounded everywhere by the temptations of drugs and alcohol, Nilsa turned to marijuana.

“I started smoking weed and cigarettes when I was 13,” she recalled. “By this point, my sister and I were in a Catholic school, but we ended up separated when my sister fell in love with some guy when she was 11 years old and decided to move to Puerto Rico where our biological father ended up.”

Nilsa’s parents each ended up with different partners. She remains close to her stepmother who still resides in Puerto Rico. Nilsa’s dad died from alcoholism at age 41. “He had sclerosis of the liver. But even worse is that my sister ended up getting pregnant in Puerto Rico when she was 15, then had a second kid at age 16, and had her third child with another man in her twenties. It was then when we found out she was HIV positive from drug use.”

Her sister, dying of AIDS, moved to New York so Nilsa could take care of her. By this point, Nilsa was in an abusive marriage. She had started drinking at age 19 in addition to years of using hardcore drugs—“cocaine, crack, all kinds of things to numb the pain.” Her son, Patrick, was born when she was 28.

“I don’t really have a concept of time from back then, because addicts don’t think in terms of time,” Nilsa said through tears. “I just knew Patrick meant the world to me then and still does to this day.”

Her husband abused her both mentally and physically throughout their initial courtship and marriage. Abuse is all Nilsa had known, as that is the only thing that had been modeled to her throughout her entire upbringing.

“I didn’t understand it wasn’t normal, I was just hungry and he bought me a sandwich. All I wanted was a ham and cheese hero from the deli down the street and he bought it for me. His name was Jimmy.”

Nilsa’s mother began worrying about her and had her partner check on her. Jimmy told Nilsa he would take care of her, but he didn’t let her leave his apartment often.

“Nobody saw me, nobody—nobody. For a long time. And then my mom’s man came to find me. He said, ‘your mommy is worried about you, call her’ and then he gave me a couple of dollars and left.”

She called her mother and assured her she was fine and was with a man who was taking care of her. Her mom asked Nilsa why she always had to be in a relationship, but it didn’t dawn on Nilsa what her mom was really asking her was why she wasn’t okay on her own.

“I felt that Jimmy was like the other part of my soul. He picked me up when I was weak. I loved him so much. I stopped drinking and using when we were married and I worked a real job. I was sober for twelve years. I had order in my life. We were a happy family—him, me, and Patrick. But then he fell in love with someone else. It’s been over twenty years and my heart is still broken that he left me,” Nilsa said softly.

After the divorce, they initially had equal custody of Patrick, but he ended up living with his dad full time. “I lost the love of my life, I lost my son, I lost everything,” she said.

Nilsa tried picking herself back up. She began working again but could not hold down a job given her physical disabilities including ongoing migraines and diabetes. “I was a good worker and always took my job very seriously. I always had motivation, but I lost it along with everything else. It all just took a lot out of me.”

By this time, Nilsa’s mother’s partner had passed away and her mom came to live with her. I didn’t know this when they were together, but “he was a womanizer and didn’t treat my mom well at all.” For a while, the two women lived together in a small apartment but eventually were evicted.

“There was no money because I spent everything I made on drugs,” Nilsa said. “We were three months behind on rent. The more in debt we became, the more drugs I did to try and forget about it.” Meanwhile, Nilsa’s mom started becoming more and more confused. “She ended up having dementia. I guess the stress of our life caused that. My mom didn’t even know who I was or where we were.”

Nilsa’s mother ended up elsewhere after DHS stepped in and Nilsa told the caseworker she need to go somewhere. “I couldn’t keep living like this. I ended up in another abusive relationship and living in a hotel for about a year, believing a man was going to rescue me. He just hurt me,” she said.

The caseworker helped Nilsa get to Mel Trotter Ministries.

Once she arrived, she entered into “Step-Up”—an addiction recovery program.

“I wasn’t nice to anyone when I got to Mel Trotter,” Nilsa said. “I cried all the time. I thought everyone was crazy. But one day I ended up praying and asking God to please take away all my emotions, all the messed up feelings I had. I just wanted him to take it away. I said, ‘I’m yours now’.”

Nilsa arrived at Mel Trotter Ministries on December 6, 2020. She graduated from the Step-Up recovery program on July 6, 2021. Her son Patrick was there.

With ongoing help from Mel Trotter Ministries, Nilsa plans to enter into transitional housing and apply for a job.

“I think if everyone really just put themselves in our position, people would understand we are not bad people, we just never had any help growing up. I walked in here with two bags but a lifetime of baggage,” Nilsa said.

“I know it won’t be easy, but God will help me do this one day at a time from here.”