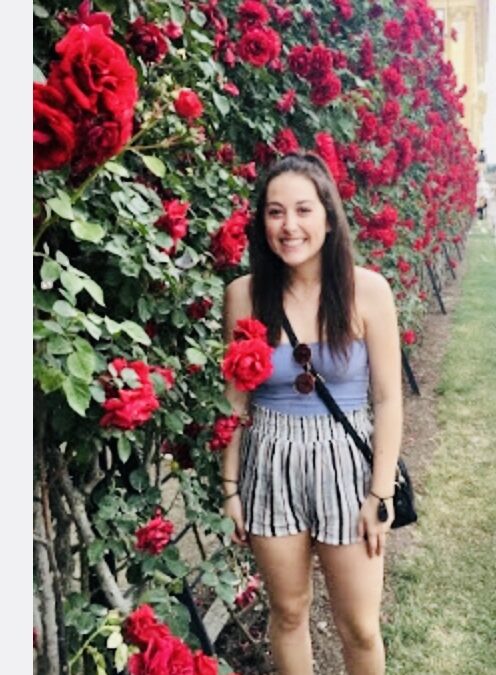 “Mom, you know I’m turning twenty-three on the twenty-third, right?” she asked.

I’m not sure if sarcasm is a genetic trait or a learned one, but if I were a betting woman, my money is on the former.

“Yes, Liv. I was there. You know I know you’re turning twenty-three on February 23rd.”

She smiled and we made plans to go on a golden birthday vacation, one which includes nothing but sun and umbrella drinks to honor the “golden” part properly. Obviously.

Before my baby girl left for her very adult job yesterday afternoon, I said, “See you tomorrow! The day of your birth! Want me to take you through the play-by-play of that morning?”

She uttered an obligatory and expected, “Ugh,” but I knew that meant yes.

I proceeded to tell her about the euchre playing and Fuddruckers dinner that was consumed only hours before my water broke. To this day, I contend that eating a questionable hot dog (they used to have ’em back then) on a buttered bun will induce labor faster than any medication.

I went on to tell her about the contractions I had in the shower, since I was adamant I needed one before making the four-mile drive to the hospital in Westerville, Ohio where I turned into a screeching, sweaty mess anyway.

I went on to tell her that I locked myself in the hospital room’s private bathroom because, well, I wanted PRIVACY which is what all “I will do this by myself” independent people understand–AND–there were helpful ADA-compliant rails along the wall. Perfect for steadying myself to pop out a six pound object on my own.

When I was done recounting the story of her birth, I had a few tears streaming down my face–much like I did the moment I saw her face for the first time.

You see, every human, no matter their age, wants to know their importance. Their mattering. Their entry into this world and who awaited them once they landed. (Or, in her case, got stuck with nothing but a bruised and purply cone head peering up at bright lights as I tried to give one last Herculean push while her Dad terrifyingly said, “OH MY GOD–WILL ITS HEAD ALWAYS LOOK LIKE THAT?”)

We had no idea about any of it. No parents really do.

But after twenty-three years, I can tell you with unwavering certainty, that my daughter has been and will always be the greatest gift I have ever received. That girl has made me be a better person. She has, through no means of her own, caused me to understand what unconditional love truly means, both from an emotional standpoint and an actionable one.

You can’t just say you love someone without showing up.

“Yes, Liv, I was there.” And I’m still here today–in a much deeper, understanding, and accepting relationship than we’ve ever had.

“Hey, you all know I think labels are dumb, right?”

Yes, I do. At least most of them…I’ll still answer to “Mom” any day.

Happy Birthday, Liv. You are my sunshine.