Last year, I endeavored on a journey which was ineffable.  When I was asked to campaign on behalf of the Leukemia and Lymphoma Society in an effort to raise massive amounts of money in a short amount of time, truthfully, my stomach sank.  While I already knew my answer was a resounding “YES,” I was scared.  For many reasons.

Hearing that the prior year’s Man and Woman of the Year raised somewhere around $50,000 each, I knew the task ahead would be daunting.  What if I fail?  What if I let people down?  What if people tell me no?  Those things have all happened to me throughout my lifetime on more occasions than I care to recall; yet, I am able to do so with precision detail.  The memories never leave me alone.

I envisage every time I’ve failed; all the times I have let people down (mostly those whom I’ve loved, just for an added dose of guilt, pain, and suffering); and all the times when the answer in the end was “no.”  I was scared it would happen again.  Aren’t we supposed to learn from our mistakes / avoid traveling outside our perceived comfort zones for the purposes of self-protection and self-preservation?

Further, my stomach was in knots on the other end of the phone due to my straight up indecision.  Indecision in and of itself throws me into a tizzy.

“Beth, are you there?  Do you need time to think about it?”

<The voice in my head>:  OMG, are you silent right now?  What?  For the first time ever, you have nothing to say?  Are you not thankful after being saved?  You’re alive for a reason, you know.

<The other voice in my head>:  Yeah, only I still have not yet figured out what that reason is and I’m not sure I even deserve to still be here.  No one else made it.

<Voice of reason>:  Stop being a martyr.  Martyrs annoy you.  Excuses annoy you.  Complacency annoys you.  DO something about it.

<Voice of emotion/doubt/fear>:  Where the heck are you when I’m dating/in a relationship?

The money we raised in Fort Wayne last year made a difference.  It mattered.  We came together as a united front to tell cancer – We will NOT relent.  We will NOT give up.  We may not have yet found a cure, but you will at least know we were there.  Fighting together.

It was an unbelievable journey and to this day, I am unbelievably grateful for all the support of family, friends, and complete strangers.  Because when it comes to cancer, none of us are immune.  We have all been affected by it someway, somehow, and many times, in profound, life-altering manners.  Life is NEVER the same after a diagnosis.

But here’s the thing about life:  you can either face it, or run away from it.  And I choose the former.

This year, I’m choosing it again as I support my neighbor, friend, and quite possibly separated-at-birth-by-7-years (my only disdain for the woman) sister who graciously agreed to become a candidate for this year’s campaign.  Here’s how it happened:

I sit on the LLS Nominating Committee/Board/We Decided Last Week We Need a Better Descriptor Team.  There was some turnover within LLS after last year’s campaign; and honestly, no one was stepping up.  After such a successful team effort involving many, many people just months before, it felt like a huge kick in the gut.  Like the collective wind had been taken out of our sails and we were just bobbing up and down, alone, far from shore or anything that even made sense.  A few men had committed to campaigning; ZERO women had committed and even worse, there were no more names on the list.

We threw around some ideas and feigned excitement.  In the end, we decided the best decision might just be to approach a local hospital and have some nurses in the Oncology unit form a “Women’s Team.”  Until…

I was sitting in my office at work one day and an email from Patti O’Neal (owner of Cakes Boutique:  https://www.facebook.com/CakesBoutiqueFtWayne) arrived.  Patti is also on the committee and in fact, is supporting the other WOTY candidate (Say whaaaa?  Women, competition, clothes and they can STILL get along for a good cause?  Yeah.  Adults fighting cancer, people.)

“I have the perfect candidate.  She just left the store.  I would be surprised if she doesn’t commit.  Oh!  And she said Beth’s her neighbor…Beth, hope that’s ok!”

I was flummoxed.  Literally, I just moved to this new neighborhood 4 months prior to reading the name Olivia Valencic-Miller on my screen.  How is this happening?  Oh yeah, she’s the cool neighbor!  I remember now…

Liv and I moved to our new home last September. September 27th to be exact.  I know this because the F4F half-marathon was the day after and note to self:  bad, bad idea to be on your feet moving desks and chairs and couches and stuff for 17 hours the day before a race.  Epic fail, but fun nonetheless.

As Liv and I were standing in our driveway, boxes hoisted high upon our shoulders while sweating grotesquely and profusely, a little car comes zipping around our cul-de-sac.  Screeching to a halt, I see this bubbly, blonde, smiley woman (totally not sweating or grotesque) yell out to Liv, “Hey Olivia!  You moving in?”

On and on they carry this comfortably familiar conversation while I’m standing there like chopped liver.  “Um, hey, I’m Beth.”

And the rest, as they say, is history.

Olivia and I became fast friends, not really hanging out much initially, but there was just this understood and immediate bond.  I had no idea why.  At least not at first.

One day we were talking (I think when she bailed me and my dead battery out before work one morning; Liv texted her for me) and we began to share some of our back stories.  I mentioned the usual:  divorced, Liv’s my only kid, in sales, go to Emmanuel, moved from a house near Homestead…

“I’m a teacher, at Homestead.”

“I’ve always enjoyed writing.  I clearly remember my parents taking me to Back to School Night when I was in 7th grade whereby my English Teacher told them I was a ‘pretty’ writer.”  “My Mom elbowed me to shut up because she knew I was about to tell him that was a bad adjective choice in context.”

Olivia laughed.  We went on a bit longer with the neighborly pleasantries, and then somehow it came out that I had leukemia right after Liv and I moved here from Ohio when things kind of all went south in a hurry.

“How old was she when you were sick?”

“I had your daughter last year in my English class.  She wrote about you.”

“I feel like I knew you before I ever met you.  I remember reading about a single mom battling cancer as her parents were getting divorced and how you were in the hospital for over a month and she only got to see you twice.”  “Her story stuck with me; she loves you greatly.”

By this time, I’m in tears.  I would have never known.

As I continue on this incredible journey called life, I become even more acutely aware that God brings people together at just the right times, for just the right reasons.  People come and go, popping in and out of our lives all the time.  Some we forget; others we know there’s no way we ever will.

Even before something happens, all of us inherently know when we are about to share something so profound with a person, a team, a group, or a community, that the unification and common end-goal will change us at our core forever.

And so it begins for us.  Our team.  En masse once again to do our part in finding a cure.  We are in this thing together.  No matter our gender, our skin tone, our socioeconomic situations, our cars, our shoes, our similarities, or our differences or our misunderstandings – we ALL hate cancer.  None of us can stand to be rendered defenseless, watching helplessly as we or those whom we love lose someone to its ugliness.

“I’m doing this for you, Beth.”  That’s what Olivia told me.  In the midst of a never-ending To Do List, this single mother in the eye of the storm is raising two young kids while selflessly teaching other people’s kids about Longfellow and what it means to give back.  She’s leading by example as she makes positive changes and choices in her own life.  She’s outside of her comfort zone.  She’s making a difference.

And I am proud of her.
Let the campaigning begin. 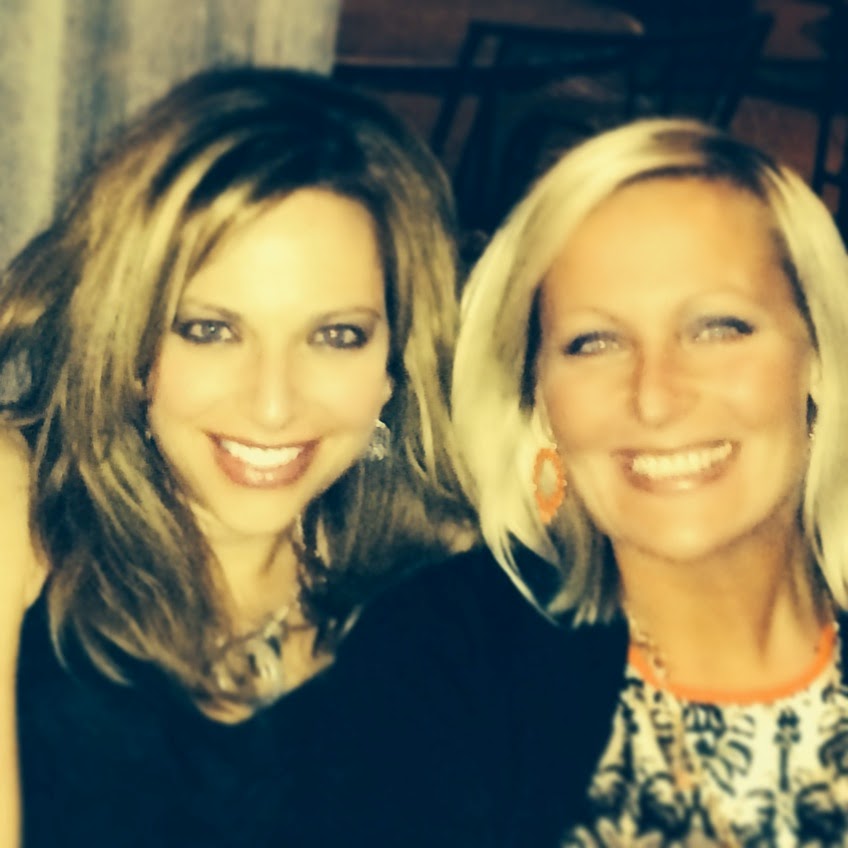