Just finished cleaning the kitchen after eating a dinner consisting of chicken, sausage, sweet potatoes and noodles which I made for Liv.  (And…her boyfriend, although she eschews calling him such.)

I actually like the kid.  He’s polite, normal, comes from a good family (I know because his parents refused to let him come over until they met me…guess I’m sort of normal, too).  Liv and I have this horrendous habit of watching TV when we eat dinner.  I’m sure Parenting magazine would have a field day with the whole scene, but they only write about fictitious little Ozzie and Harriet families and balloon making craft tables at birthday parties anyway.

Liv grabs the remote as Kevin is cutting into his sweet potato.  We’ll finish watching Wedding Crashers, she announces.  Yikes.  The only saving grace here is that it is the edited version. Sort of.

We’ve heard it all before, Mom.  I feel like asking her the age old, “If your friends all jumped off a bridge, would you follow?”  I’m not sure there’s a correlation either.  It just sounded good in my defense.

It’s early on in the movie.  I am staring at our TV screen as if it’s Mission Earth at Epcot Center where, if you look away, the vertigo gets you and you immediately puke inside of that claustrophobic death trap as you’re sardined next to other vacationing strangers.  I see Claire Cleary, played by the lovely Rachel McAdams, delivering the wedding toast.  With dewy, idealistic eyes, she says: True love is your soul’s recognition of its counterpart in another.

Cue Gary Sinise’s voice as CapCom because I was just transported to Orlando.  I want to hurl.  Perhaps it was from the punch in the gut as I heard these words which I somehow want to believe.  Probably even long to believe, being somewhat of a closet romantic.

Just as Claire Cleary so astutely responds to John Beckwith when he first delivers this (blatant pick-up) line to her, “It’s a little cheesy, but I like it,” I couldn’t agree more.

Obviously I have no idea if it’s true.  Given my track record, I’m probably the wrong person to ask.  I do, however, know that earlier today I came across these gems which I can attest are COMPLETELY true: 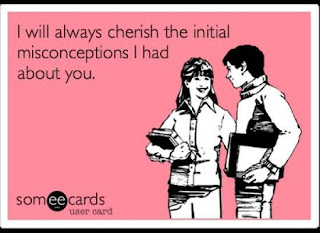 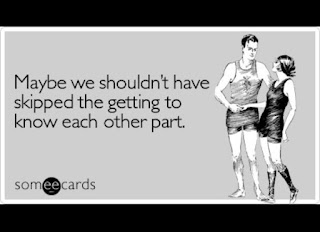 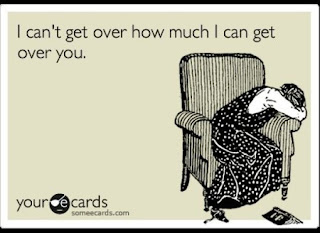 These things are all the rave, so they normally repulse me.  But not these.  These made me appreciate that I still have my sense of humor and a teenage daughter who is way smarter than I was at her age.

Oh, and the house.  Which Kevin is leaving.